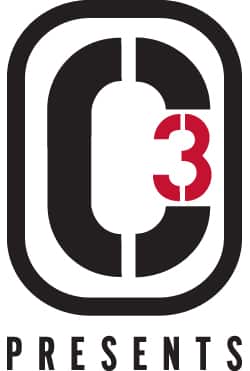 C3 Presents (C3) is an iconic Austin firm that is known for producing notable events such as Austin City Limits Music Festival, Austin Food & Wine Festival and Lollapalooza. The company approached AQUILA Commercial in 2013, interested in moving their offices out of downtown Austin and into East Austin. It also needed to expand its offices from an existing 30,000 square feet to 63,000 square feet. At the time, there were not yet many options for big blocks of space in the emerging East Austin office submarket that would accommodate C3’s requirement.

Finally, C3 wanted to ensure their new office would fit well with their iconic Austin brand and culture.

AQUILA presented C3 with The Arnold, a mixed-use development by Transwestern with retail, residential and office, that was still in the design phase in April 2013.

The land was under contract, but financing hadn’t been assembled yet. This unique timing allowed AQUILA to get in on the ground floor and negotiate an equity component for C3 as well as a lease.

AQUILA worked with Transwestern, Pimco (Transwestern’s equity partner) and C3 to negotiate a structure that would be beneficial for all parties.

Since the project was still in the design phase, and C3 was interested in an equity position, AQUILA was able to negotiate much greater control over the design of the project than would normally be afforded to a  tenant. This control allowed C3 to ensure that the project would fall in line with its brand image.

AQUILA was able to successfully negotiate an 10+ year lease as well as an equity position in the property for the C3 partners that gave them equal equity rights to Transwestern with highly favorable returns.

Construction on The Arnold (now Eastside Village), was completed in April 2016. C3 now occupies 63,000 square feet in the office building.

In 2016, AQUILA arranged a sale of the office building that allowed C3 to gain a recognizable profit for their ownership interest. The company still maintains an ownership stake in the residential and retail portions of the property.

When C3, a large, cool, iconic Austin company, which is highly regarded nationally planted their flag in the middle of East Austin, it was a big deal for the area and the city of Austin. Their lease not only made The Arnold office/multi-family project feasible, but it instigated several other deals at the property and brought national attention to Austin’s newest office submarket.

Ready to talk about finding your next office space?