Plastikon Industries is a plastic injection molding company headquartered in Hayward, California with locations around the globe. The company primarily does work in the automotive and medical sectors.

Since we knew Tesla was one of their large clients in California, AQUILA’s industrial team reached out to Plastikon Industries shortly after the Tesla Gigafactory project was announced in 2020.

In early 2021, Plastikon Industries was in the process of negotiating with Tesla for new contracts for injection molding work for their Model Y Tesla and the Cybertruck. They were able to procure the contract and this enabled us to start helping Plastikon Industries look for space for their manufacturing facility in the Austin area.

Upon commencing the search, there was limited availability of industrial and manufacturing space in the Austin area. The company’s specific infrastructure requirements also made finding space more difficult. Plastikon needed a warehouse with above-standard lighting, enhanced ventilation, slab modifications, and other specialized needs.

Due to the scarcity of existing warehouse spaces meeting the infrastructure requirements of Plastikon, we had to primarily look at brand new shell construction where a landlord would work to help implement the needed requirements. Ultimately, shell space be more cost-effective than trying to modify an existing space.

We were successful in finding a 74,000-sf space at Plum Creek Building 2 in Kyle, Texas that fit Plastikon Industries’ needs. We negotiated an above-market tenant improvement allowance, which allowed Plastikon heavy power, a significant office build-out, high-tech manufacturing components, and outside storage. Shortly after the deal was signed for the 74,000-sf space, Plastikon Industries procured another contract with Tesla and expanded into a total of 98,000 sf. 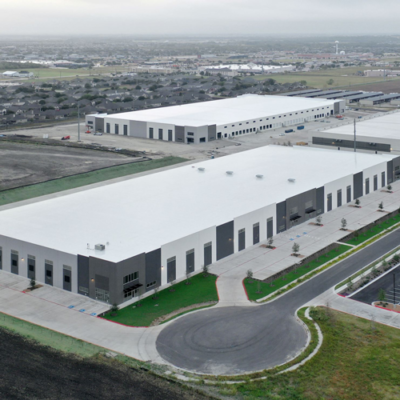