Army Futures Command: What Is It & What Does It Mean for Austin, TX?

Army Futures Command (AFC) launched its operations in Austin in October of 2018 and since then AQUILA’s brokers, staff and commercial real estate experts have been hammered with questions from our clients, friends and business associates about what exactly AFC is, why it was created, how Austin landed it and what exactly its presence means for Austin.

We are committed to answering our clients’ questions, so we decided to tackle this one head on.

Read Next: 3 Reasons Austin, TX Is One of the Most Innovative Cities in the U.S.

To author this post we recruited Shane Walsh, a U.S. Army veteran and Austin startup advocate to give an in-depth look at AFC’s presence in Austin, including:

What is Army Futures Command (AFC)?

Army Futures Command is tasked with driving the Army into the future to ensure the Army and its soldiers overmatch their adversaries in future conflicts. Its creation was announced by Army leaders in October of 2017 and it officially began operations in August of 2018.

In civilian terms, this means AFC will be focused on the development of new equipment, processes and doctrine to propel the army into the future.

AFC leadership is responsible for the Army’s research and development (R&D) effort, the Army’s future warfare think-tank and modernizing the Army’s training and education efforts.

How Does AFC Fit Inside the Larger Army Organization?

Organizationally, AFC represents the addition of a fourth Army Command (ACOM). The graphic below from Community Impact summarizes the history and purpose of each Army command.

As you can see, the creation of AFC represents the single largest reorganization of the United States Army since 1973.

AFC also serves as a forcing function of sorts. It brings together the chains of command for several different Army bureaucracies under one command group, which has the authority to direct all of them.  Now that all of these commands report to one headquarters, the thought is that it will shave time off the decision-making process.

What Will AFC Focus On?

AFC will synchronize efforts among the four Army Commands in support of the Army’s overall modernization strategy which includes six priorities:

According to BreakingDefense.com, the Army plans to spend over $13 billion on these “Big Six” over the five years from 2020 to 2024.

In addition to these six priorities, the AFC will work alongside the other three commands to modernize their doctrines, systems and practices such as decisions on supplying equipment and innovating future strategy and doctrine for training purposes.

Who Is Leading AFC?

General John M. Murray will serve as commander of Army Futures Command. General Murphy brings a distinguished track record to this role that spans nearly 37 years of active service to the Nation.

Notably, General Murray is a career infantry officer with several combat deployments during his career. This partially reflects the Army’s desire to prioritize the perspective of combat troops on the ground and ensure this perspective is included in the work that AFC will do.

Who Will Work at AFC?

This command group has been designed to have both deep administrative and combat experience. As a result, Army Futures Command will employ a mix of both civilian and military personnel.

Of the 500 people the AFC has said it will employ, about 20% will be active duty military personnel. The remainder will be civilian employees, who will blend in well with the active duty soldiers since current plans call for civilian dress by all employees in the office, outside of specific meetings/functions that may require a uniform.

Job openings at AFC are posted online at armyfuturescommand.com.

Why Was Army Futures Command Created?

For over 240 years, the United States Army has proven to have no peer in what most consider to be its core mission – to deploy to hostile areas, fight on behalf of our nation and return our soldiers home safely. It’s a remarkable feat of logistics and leadership to deploy hundreds of thousands of soldiers and millions of tons of equipment to locations thousands of miles away with very little notice. The Army has always been an action-oriented organization that has prided itself on accomplishing difficult missions in service to our nation.

Over the last two decades, the United States has been involved in several conflicts that placed an enormous strain on the Army’s ability to perform its core missions. The Army’s leadership and the everyday soldier have done a tremendous job of accomplishing those missions, but there have certainly been some opportunity costs to this focus on our current conflicts.

With the spotlight on current conflicts, the Army has possessed neither the bandwidth nor the focus to adequately evolve – to study the enemies/wars of the future and develop doctrine and equipment needed for the Army to continue to do its job.

In its wisdom, the Army recognized this deficiency and created Army Futures Command (AFC) for the specific purpose of modernizing the Army – both the tactics and equipment soldiers use and the business processes the Army uses to select and employ that equipment and tactics.

Where Will Army Futures Command Be Located?

The goal was to “bring itself closer to technology innovators and researchers in one of the nation’s top growing technology cities,” according to the 2018 press release.

Army Future’s Command is currently based at 210. W. 7th, the University of Texas System’s building located in downtown Austin.

In August 2018, the Austin American Statesman reported that the University of Texas Board of Regents approved the temporarily rent-free use of space on 15th floor of the building, with plans to expand on that floor and into undeveloped space on the 19th floor by 1Q 2019.

According to the article, “The Army will pay rent starting in December 2019 under lease terms to be negotiated.”

In addition to its space at the UT System’s Building, the Army has parts of AFC located at Capital Factory, a coworking space and accelerator located in downtown Austin. The Army also has announced intentions of creating a presence in other coworking or research facilities such as at the University of Texas. (Source)

Why Was Austin, Texas Chosen as the Headquarters of AFC?

Reasons cited for the AFC’s decision to locate in Austin were density of industry, availability of academic talent and proximity to private sector innovation.

This key desire to be in a location that had a culture for innovation and a strong community led the Army to Austin.

You see, one of the central ideas to the creation of AFC is that innovation happens not at the institutional level, but at the small unit level – both in the military and in the corporate world.  The Army acknowledges that startup companies and enlisted soldiers are often better at innovating than the Pentagon or companies with complicated bureaucracies.

And part of Austin’s DNA is innovation at the small-group level – the idea that if you get enough smart, innovative leaders together in a setting unencumbered by bureaucracy, they can innovate quickly and effectively in a way that’s difficult to duplicate inside large organizations.

Some of Austin’s innovative tendencies can be seen by the high volume of patent activity within the city. Over the last 10 years, Austinites were attributed 31.8% of total patents awarded in the state of Texas, with over 4,000 patents awarded in 2016 alone. Looking at patents filed per 10,000 people, Austin ranked 3rd among U.S. cities between 2005 to 2015, only behind San Francisco and San Jose.

Venture capital (VC) investors clearly understand the value behind Austin’s atmosphere of innovation as well, as VC funding in the Austin market roughly doubled between 2007 to 2017. Funding in Austin amounted to $1.2 billion in 2017 alone, and accounted for 61% of all VC funds raised in Texas in Q1 2018.

For more about the patent and venture capital activity in Austin, Texas, read 3 Reasons Austin, TX Is One of the Most Innovative Cities in the U.S.

With a 2019 budget of $32.4 billion, AFC could also act as a VC investor of sorts, putting money into Austin-based companies offering innovative and technology-driven solutions to military needs.

Austin’s talent pool is also robust, with a high concentration of young, motivated and educated residents. According to the Austin Chamber of Commerce, 43% of the region’s population is in peak working years between 18 to 44 years old, compared to 36% nationally, and the Austin metro’s media age of 34.2 years old is three years younger than the national median of 37.8.1

Ranked in the top 10 most educated cities in America and the second best city for college graduates, a student population of 414,000 within a 100 mile radius provides one of the world’s strongest talent pools of educated employees.2 As for the Austinites in the Austin MSA who have already passed the college years, 42.8% hold a bachelor’s degree, putting Austin well above other Texas cities like Dallas and Houston.3

Want to learn more about what makes austin a top destination for companies?

Get your free copy of our Why Austin book, detailing the city’s education, demographics, industry and more.

What Does the Presence of AFC Mean for Austin?

AFC’s arrival is a truly huge deal for Austin. While AFC will have representatives in multiple locations around the country, the bottom line is this: Billions of dollars worth of United States Army purchasing decisions will be made right here in Austin, Texas.

This means a lot of new business for Austin. Both new and existing companies could be opening new offices in Austin to be close to AFC, including:

What Does the Presence of AFC Mean for the Austin Economy as a Whole?

While not all of AFC’s 2019 budget of $32.4 billion will be spent in Austin, it is still very likely that the Austin economy will see a benefit from AFC’s presence. Not only will the anticipated 500 new jobs be a positive addition to the Austin job market, but the businesses following AFC to Austin in hopes of receiving some of that 2019 budget will bring employees of their own, creating more jobs, generating more taxes and adding more diversity to the Austin economy.

In theory, at least, the formation of AFC here in Austin also creates a partial insulation of the local economy from the effects of future downturns.The federal government almost always continues to spend money, even when the economy is less than healthy. Continued diversification of the Austin economy is a good thing and could help protect Austin from job losses into the future.

Army Future’s Command is poised to bring radical innovation to our country’s military and Austin’s population and business community have a lot to gain.

Personally, I believe that the soldier and the entrepreneur are more responsible for the way America looks today than any other two groups of people. As a matter of fact, I’m not sure it’s even close.

We are truly fortunate that the Army has chosen to bring soldiers and patriotic civilians to Austin to work with entrepreneurs to solve big problems, evolve in a way that is strategic and sustainable, and save soldiers’ lives along the way. It’s a noble mission and Austin, Texas is ready to accept the challenge to help the Army succeed. 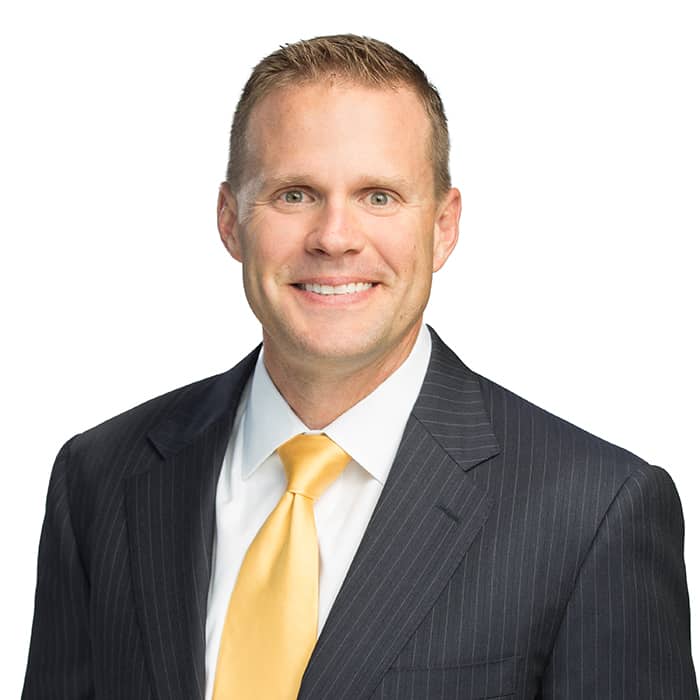 Shane served four years as a Tank Platoon Leader and Tank Company Executive Officer of an M1A1 Tank Company in the United States Army, before returning to civilian life. He now lives in Austin, Texas and is prominent in the technology and start-up industry