Austin’s Economic Development in the Age of COVID-19

Like every city, state and country in the world, Austin’s economy has been impacted by COVID-19. The U.S. officially entered a recession in February this year, and the continued uncertainty has left a lot of unanswered questions about when recovery could begin.

Although we may not know exactly when Austin will begin its recovery, we can examine the areas of economic potential that will meaningfully shape the city’s recovery.

In this article, we take a look at three key areas of focus, including:

Expansion and Attraction of Business

In a vibrant economy like Austin’s was a year ago, continuing that momentum is important. Not only are more companies needed to occupy the commercial spaces currently under development, but the positive impacts of an increased number of jobs and increased tax revenue are an important factor in getting our region back on its upward trajectory.

Luckily, the investors and team behind Opportunity Austin and the Austin Chamber of Commerce recognize the importance of continuing this momentum, and have been working tirelessly to ensure that COVID-19 makes as little negative impact as possible.

Out-of-market trips along with South by Southwest (SXSW) are our top lead generators for new prospects. With the cancellation of SXSW and limited travel, we saw a dip in our numbers; however, our team is working to close that gap through other means, and we continue to have success working with companies and securing their interest in the Austin Region despite being in a pandemic.”

In fact, several companies have announced expansions or relocations to the Austin area this year, albeit there was a stutter as we entered into COVID-19. At of the end of July 2020, the Chamber had tracked 65 expansions and 26 relocations announcing 12,590 new jobs. Compared to end of year 2019 (118 expansions, 58 relocations and 13,562 jobs) and year-to-date July 2019 (68 expansions, 34 relocations and 7,560 jobs), it is possible this year may be a top year for job creation.

Read Next: See how COVID-19 has affected the Austin office market in our Austin Office COVID-19 Dashboard

“We remain optimistic that the Austin Region’s resiliency, collaboration and creativity will set us apart as a leader in the country as we find new ways to operate post-COVID. Tesla’s announcement is pivotal for our entire region, and we have high hopes that, in partnership with our investors and stakeholders, we will continue to see activity throughout the remainder of 2020,” says Bodisch.

Not Far Behind Lead Generation Goals

While the Opportunity Austin team has been limited on the number of site visits and roadshows they can do this year due to travel restrictions (48 out-of-market/South by Southwest (SXSW) meetings July year-to-date compared to 175 at this point last year), they are still not far behind their lead generation goals. They have generated 132 new leads this year of their 250 lead goal and are only 22 leads behind this point last year.

Another important area of Austin’s economy that has been significantly impacted by COVID-19 is the tourism industry. Starting with cancellations of SXSW and World Golf Championship’s Dell Match Play and recently culminating to the cancellation of the Austin City Limits (ACL) Music Festival and numerous other events, tourism in Austin and the jobs it supports has been hit particularly hard by COVID-19. SXSW and ACL alone account for roughly $621 million of economic activity, so to say that their cancellations have created a noticeable impact would be an understatement.

SXSW and ACL alone account for roughly $621 million of economic activity, so to say that their cancellations have created a noticeable impact would be an understatement.

Austin-Bergstrom International Airport, which generates roughly $7.6 billion of annual economic activity, is down significantly too. As of April 2020, passenger numbers were down about 90% from normal, pre-pandemic levels and are expected to be down 43% by year-end under a moderate recovery scenario. A major portion of Austin’s tourism industry starts at its airport, so it will be important for passenger numbers to recover to normal levels as quickly as it is safe to do so.

Hotel occupancy across the city’s +/- 26,000 rooms (per CoStar) will be another important metric to watch as this recession progresses. Occupancy was at only 20% in April and 40% in June 2020 compared to 70% at the end of 2019, and hotels throughout the city missed out on the occupancy and rates typically attainable during SXSW and ACL.

Tourism in Austin is part of what makes our city so special, and the economic impact it generates will be needed to help the recovery process move quickly. The sooner this industry can safely get back on its feet, the more robust our local economy will be.

As most Austinites can attest, one of the most noticeable drivers of change in recent years has been our city’s rapid population growth. The question in the age of COVID-19, however, is will people still want to live here?

Read Next: Why Austin, Texas is a Best Place to Live & Work (as Ranked in US News, Wall Street Journal)

Setting our bias in favor of Austin aside, and looking at the economic aspect of this question (although it’s hard to ignore Austin yet again being ranked as the best place to live in the U.S. by US News & World Report), we would
argue the answer is “yes.”

The availability of jobs is one of the driving factors of where people choose to live, and all indications point to Austin coming out near the top of the group as compared to other cities in the U.S. Austin’s unemployment peaked at 12.2% in April compared to 14.5% nationally, and as of June 2020 had dropped to 7.5% while national unemployment was 11.2% and Texas unemployment was 8.9%.

Another important factor in attracting new residents is the housing market; how many homes are available, and how affordable are they? As in other cities, Austin’s housing market has been significantly impacted. According to the Austin Board of Realtors, single-family home sales in Austin fell 30% in April 2020, while the median home price rose 10.6%. It will be important to watch these numbers to see if they revert back to pre-COVID-19 trends as the economy begins to reopen.

In the age of COVID-19, there is also another important factor that will be carrying more weight in people’s decision-making process: density. If COVID-19 has taught us anything, it’s that dense cities with minimal green spaces and outdoor areas are not an ideal place to live when you are suddenly restricted to your apartment. It’s likely that cities like Austin could see an even larger surge of new residents as people begin to move out of denser cities. A work from home utilization study conducted by Green Street Advisors lends further credence to this theory, suggesting that locations like Austin will attract talent leaving more expensive cities like San Jose and Los Angeles.

It’s likely too early to say exactly how much of an impact COVID-19 has had on Austin’s long-term population growth, but focusing on decreasing unemployment, increasing home sales and supporting a comfortably dense living environment will surely be steps in the right direction. 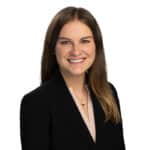 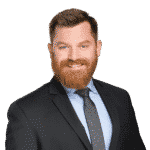 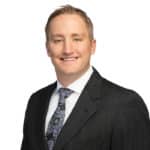