Austin vs. New York: Which Is Better for Your Business?

This article was published in November 2021. If you’re looking for more up-to-date data comparing New York and Austin please reach out to AQUILA’s director of market research, Kirk Silas.

Many companies have been relocating to Austin from San Francisco, New York, Miami, and more in the past few years. But what’s driving them to relocate from these states to Austin?

Read Next: How Expensive Is Office Space in California vs. Austin? (Average Rental Rates, Calculator)

In this article, we help answer that question by comparing Austin and New York in terms of:

Although Austin is definitely not the least expensive city in Texas when it comes to office space, it is still significantly cheaper than in New York. According to CBRE’s 3Q 2021 Austin office market report, the average full-service office rental rate in Austin is $42.87/sf. This comes in at less than half of New York’s average full-service rate at $82.17/sf according to CBRE’s 3Q 2021 Midtown Manhattan office market report.

Below is a breakdown of the rates in each city based on the primary submarkets:

Comparing cities based on the cost of real estate alone is helpful; but, a more useful comparison is to look at your potential costs on a per-employee basis. With the average full-service rental rate being more than double in New York compared to Austin, you are going to pay a much higher annual cost per employee.

Using our previous example of 40 employees, this means locating in Austin would save you $3 million per year in salary alone.

As an employer, it’s important to factor this into potential cost savings when considering relocating to Austin from New York.

There are many perks of moving to Texas that your employees will enjoy, especially not having to pay state income tax. New York’s state income tax varies from 4% all the way up to 8.82%, which is one of the top tax rates in the entire country. This may be a contributing factor to why New York’s population is decreasing, while the city of Austin is growing at a rapid pace.

Income tax is not the only quality-of-living difference between these two cities. According to Esri, the New York MSA’s median household income was $80,424 in 2020, compared to the Austin MSA’s median of $78,659. Although median income is roughly equivalent, the cost of living index for housing in New York is 84.4% higher than in Austin.

When looking at the cost of living index, the extra price you pay to live in New York City is not slim. The cost of buying a home, food, utilities, and transportation are all significantly more expensive in New York.

Having a lower cost of living will allow an employee’s money to go much further in Austin.

I hope this article gives you a useful overview of the potential differences between locating your business in Austin vs. New York. If you think Austin sounds like the place for you, schedule a consultation with one of our Austin experts today. 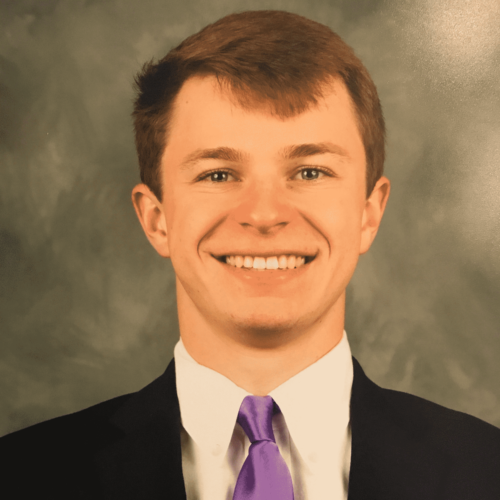 Zeke Sheffield was a commercial real estate intern at AQUILA in 2021.

We’ll send you one email a month featuring our most relevant content. You can also manage your subscription preferences.