Much more than just a northwest Austin suburb, Cedar Park is one of the fastest-growing cities in the United States. Located just northwest of Austin, along US-183 north of TX-45, the city is home to young families, a thriving retail scene and numerous office and industrial developments.

AQUILA Senior Vice President Joe Simmons is familiar with the area and represents one of the prime retail centers in the city. We talk to Joe in this month’s Q&A about what is driving residents and businesses to the suburb.

Q: Why is Cedar Park growing so quickly?

A: Cedar Park is benefiting because it is affordable and it has a really good school district. It’s part of the Leander Independent School District, which is very highly rated.

Also, because of affordability issues in Austin, Texas, Cedar Park allows young families to move to an area that has good schools and affordable housing. I think that’s one of the primary drivers for people moving to Cedar Park.

I think the median age for the demographic is around 35 years old in Cedar Park. To tell you how fast it’s been growing, it’s been voted twice the fourth fastest growing city in the country.

Q: What are the best things to do in Cedar Park?

A: There’s a lot of different things you can do in Cedar Park.

It is very close to a number of golf courses. It’s only eight miles away from Lake Travis, which is one of the largest lakes in the Highland Lake system. Within eight miles you can have all the boating that you want.

There’s the H-E-B Center that has two professional teams, one if the Texas Stars, which is hockey and the other is the Austin Spurs, which is basketball. The venue also allows for concerts. There may be 130 events during a year at that arena.

The H-E-B Center in Cedar Park is home to the Austin Spurs, the Texas Stars and numerous concerts and events. Photo courtesy of Ralph Arvesen.

They also have the Austin Steam Train, which happens to leave from The Depot Shopping Center, which is a shopping center that we lease in Cedar Park. It runs every weekend.

Q: What is the best spot in Cedar Park?

A: I like to ride the Austin Steam Train. Although, I know I’m biased, because it leaves from The Depot, which we lease. But because I’m out there I guess visiting the center, I spend more time either at the Austin Steam Train taking one of those, or at Wild West, which is the largest country-western dance club in the northwest Austin metro area. It’s a really nice venue that also has country artists come play regularly on the weekends.

The Austin Steam Train offers a variety of attractions for weekend escapes.

Q: What is the commercial real estate market like in Cedar Park?

A: The real estate market is very active in Cedar Park right now, particularly on the retail front. The corridor that stretches from US – 183 along 1431 (Whitestone Boulevard) is really the regional retail corridor for the entire Far Northwest area of the Austin metro area. It has virtually every store in that corridor that you would want to visit, along with a lot of different restaurants and other service providers.

Q: What is the office market like in Cedar Park?

You know, Cedar Park is pushing to bring office users and industrial to Cedar Park.

As such, they’ve been very aggressive in trying to offer incentives to try to bring new employment centers to Cedar Park, some of which include property and personal tax rebates for up to 10 years. Also, performance based incentives from a 4A and 4B sales corporation. They can provide 380 tax rebate incentives.

There’s also a package of incentives that they’re willing to provide to any employer that’s looking to locate in the region.

Q: Why is Cedar Park a good spot for retail and industrial tenants, as well as new developments?

A: I think that the businesses are looking more and more into these outlying areas because of the cost of locating in Austin, Texas, and the accessibility to a community of young workers. I think there’s a lot of businesses that are now looking in the outlying areas and suburban market. Cedar Park has a lot of the amenities that these young families are looking for, and the city is also providing incentives to help these companies locate there.

Q: Which properties does AQUILA represent in Cedar Park?

A: AQUILA has a few properties in the Cedar Park area, one of which is The Depot Shopping Center. It’s a three building retail center on FM 1431. It has the Wild West as I mentioned earlier, and also the Austin Steam Train, as well as a variety of other tenants.

We have land for sale at FM 1431 and Anderson Lane in Cedar Park, near Lakeline Boulevard. It is going to be adjacent to a new HEB that will be there, which is also very heavily trafficked and an exceptional retail site.

A rendering of the Brushy Creek Corporate Center.

Then we have an industrial/warehouse project that’s called Brushy Creek Corporate Center that is a 230,000-sf, two-building development that is just east of US-183, off Brushy Creek Road. 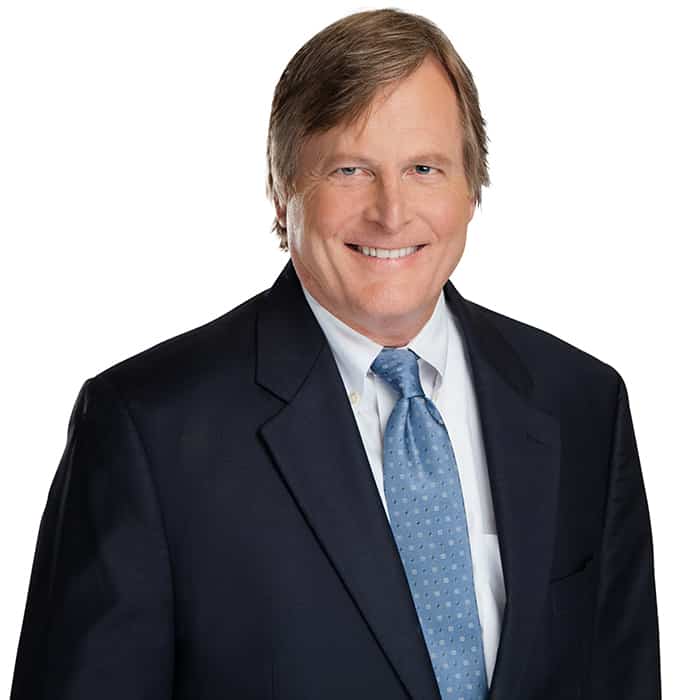 Joe is a true renaissance man of commercial real estate. While he specializes in investment sales, Joe has a hand in all aspects of the industry from project leasing to development and tenant representation.