Big downtown towers and sprawling corporate campuses tend to make the most headlines when it comes to office developments, but there’s plenty of development to talk about in Central Austin as well.

In this article, we take a look at the office developments expected to deliver in Central Austin in 2021.

Alpha Building, the first of four planned buildings in the Mueller Business District, is currently under construction. The building will offer 210,428 sf of Class A office space across six stories. The project broke ground in November 2019 and is expected to deliver in 1Q 2021.

Read Next: 3 New Office Buildings Delivering in East Austin in 2021

The Mueller Business District is comprised of three sites along Aldrich Street and Mueller Boulevard, with plans for a total of four buildings: Alpha, Bravo (+/- 235,000 sf of office), Charlie and Delta (+/- 350,000 sf of office combined).

The development is located at the heart of the Mueller neighborhood, along the bustling Aldrich Street District. The Alpha site is just across the street from the Alamo Drafthouse, B.D. Riley’s and the planned Origin Hotel.

While there have been a handful of build-to-suit and smaller suite office developments in the neighborhood, the Mueller Business District, and specifically Alpha Building, presents the market with the first multi-tenant office opportunity of this scale in Mueller.

Shorenstein is developing the project, and AQUILA Commercial is handling the leasing.

Schlosser development is moving forward with development of the south building at 1111 W 6th, the former Austin ISD headquarters located just west of downtown. McGinnis Lochridge will lease 38,700 sf of the building’s 69,642 sf and plans to move into the space in fall 2021.

Schlosser purchased the site from AISD in 2018 and had originally proposed two buildings for the site, but market factors driven by COVID-19 caused a change in plans. Schlosser will now move forward with the south building, but the north building has been put on hold for the time being.

“When COVID-19 began taking its toll on the Austin economy, we needed to be nimble in responding to our new and unexpected realities,” said Brad Schlosser, co-founder and president of Schlosser Development.

Schlosser Development is known for other notable projects in Austin, including Shoal Creek Walk and the Whole Foods headquarters downtown.

Austin Energy will be moving its employees out of their current offices along Barton Springs Road and Ben White Boulevard and into this new development once it is completed in 2021.

The new Austin Energy Headquarters is located in the Mueller neighborhood, near the Aldrich Street district, between the Texas Mutual building and the Dell Children’s Medical Center.

The city expects to house roughly 1,100 employees at this location, many of which will likely take advantage of the numerous single and multifamily housing options within Mueller and the surrounding area.

According to Community Impact, Catellus Development Corp. sold the land to the city and is developing the project. The project is anticipated to cost $150 million and is expected to save the city $30 million over the next 30 years by avoiding leasing costs that would normally be incurred.

This type of build-to-suit development is more similar to what we’ve seen in Mueller before.

Manifold Real Estate recently broke ground on a three-story, 46,000-sf office development west of Downtown Austin. The project is already 75% pre-leased to tenants including Corridor Title, Studio8 Architects and OakPoint Real Estate. Construction is expected to be complete in winter 2021.

“It’s an incredible opportunity to develop a Class-A office space in this particular location, considering its access to major arterials, the proximity to downtown and an abundance of restaurants and retail establishments in the area,” said Tyler Grooms, principal at Manifold Real Estate.

Similar to 1111 W 6th, the project is another example of developers looking to capitalize on the proximity to downtown and ease of access that this area offers. Other existing office buildings nearby include Hartland Plaza and JLL Plaza.

The year 2021 will be exciting for office development in Central Austin, and it will be interesting to see how these developments perform over the long-term compared to their Downtown and East Austin neighbors. 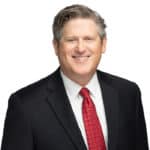