Tech Industry, Start-Up, Venture Capital: these terms and more have become ingrained in the vocabulary of Austin - and for good reason.

In a study of the top 25 centers of innovation in the U.S., Austin ranked 5th overall and 1st for talent. It also ranked 3rd among cities with the most tech job creation in 2017.

In the past decade, Austin has been characterized by high growth, high demand and an increasingly ambitious population with an unprecedented number of new residents streaming into the city each year. Large and innovative companies have taken notice, as huge players like Facebook, Google and Apple have all opened Austin offices to capitalize on our environment. The introduction of these leading companies to the Austin scene confirms a trend that we’ve been observing for a while; innovative organizations and top talent are choosing to call Austin home. Austin has become a very dynamic city, and a number of different indicators illustrate the level of innovation at play in Austin today.

In this article, we highlight three primary indicators of innovation in Austin:

So sit back, grab a taco and find out what makes Austin one of the most innovative cities in the country.

Patents signify the creation of new intellectual property, and no one can deny that Austin has plenty of intellect to go around.

Since 2000, Austin has seen a steady rise in the number of patents awarded to local inventors.

Not only have the number of Austin patents increased, but Austin inventors continue to hold a strong grip on the total share of patents granted to Texans; Austinites were attributed 31.8% of total patents awarded to Texans from 2000 to 2016.

So where is all this patent activity and innovation coming from? If you have kept up with Austin business news recently, then you likely, and correctly, guessed the tech sector. Technology companies have been driving the Austin innovation revolution and look to do so for the foreseeable future as more and more tech giants move to Austin.

Companies like IBM, Dell, AT&T and Freescale have been instrumental in pushing Austin innovation to new heights, as demonstrated by their share of patents awarded since 2011.

So how does Austin compare with other patent hot spots around the country? Austin still lags behind Silicon Valley and other larger tech savvy metropolises like Boston, Seattle, Los Angeles and New York in total patents awarded. However, where Austin really starts to shine is when you examine the numbers on a per capita basis.

Looking at patents filed per 10,000 people, Austin ranks 3rd among U.S cities, only behind the two Bay Area titans, San Francisco and San Jose. Expect Austin to keep expanding its patent activity in the near future as it continues to absorb more tech talent and companies searching for greener pastures.

Another prime way to measure innovation is to analyze the venture capital (VC) activity in a city. Venture capital funding is money provided to seed, early-stage, emerging and growth companies to help fund expansion and operations.

VC funds typically invest in companies that have a novel technology or business model in high tech industries, such as biotechnology and IT, which makes VC funding a good measure to gauge which markets are producing and commercializing the most exciting and innovative new products and services.

As you can see from the chart above, the Austin market has doubled its total annual VC funding in the last ten years, signifying a long term trend of increased innovation throughout the city. In addition to a strong 10-year performance, the Austin VC market saw a very active year in 2017, setting a high mark in funding at around $1.2 billion. Despite being smaller than both Houston and Dallas in terms of population, the Texas capital raised 61% of the state’s venture dollars in Q1 2018.

So which VC firms are pumping all of this funding into Austin? While there are many VC companies trying to get in on all the action in Austin, there are a only a handful of major players. Below you can see these companies, along with their funds under management and primary investment focus.

Now that you know which VC firms are funding innovation in Austin, what companies are generating the most excitement for these VC firms? Here is an overview of the top VC investments made in Austin in 2018 so far:

Research and Education in Austin, Texas

What Starts Here Changes the World

While patent activity and VC funding are great measures for the level of innovation in a city, the source and heart of innovation is research and education. In order for innovation to thrive, a city must have a dynamic

talent pool, filled with highly educated and creative people with the capability to develop novel ideas and groundbreaking products.

Thankfully, Austin is home to one of the strongest education and research centers in the world. The Austin area has over 20 different colleges and universities, with the most notable being the University of Texas at Austin. Labeled as one of the “Public Ivies”, the University of Texas is one of the top public schools in America, and excels in research, development and creativity, signified by the $2.7 billion in research and development expenditures and the 219 patents awarded to the university and its affiliates in 2017.

UT’s slogan, “what starts here changes the world,” rings true as the UT System routinely produces cutting edge technology and ideas, and consistently attracts and develops some of the top minds in leading industries.

Not only is Austin anchored by a world-class education center, but Austin is also building a state of the art medical district. The Dell Seton Medical Center is a brand new 517,000-square foot facility with a primary focus on the application of innovative medical processes and products.

The aim of the new medical school is not only to train doctors, but to transform the way people get and stay healthy. In addition, Dell’s leaders are striving to make Austin a “model health city” through the improvement of health care for low-income and poorly insured people.

The hospital will be at the forefront of a new healthcare innovation zone in downtown Austin. In addition to the University of Texas and Seton Health, other anchor partners of the new innovation district will be Central Health and the pharmaceutical giant Merck. The pharmaceutical company will develop its new IT hub in Austin, which will focus on health IT and digital health. Kerry Hall, 2017 Chair of Opportunity Austin, commented that “Merck’s presence in the Austin community enhances our position as a global leader in technology, innovation, and job growth. The potential partnership between Merck and Dell Medical School is a testament to
the qualities of Austin as a place for investment in medical technology and healthcare delivery, as well as our city’s ability to work together to recruit great businesses and jobs.”

This area is expected to attract research facilities, entrepreneurs and other innovators from a wide range of disciplines to identify and tackle big challenges in health. The combination of a new teaching hospital and medical school on the campus of UT is expected to create 15,000 new jobs and is expected to have a positive financial impact of around $2 billion.

While the tech industry has been the main driver of innovation in Austin, and most likely will be in the future as well, the life sciences industry has a chance to be a very positive source of innovation in the near future. There are already nearly 200 life science companies operating in Austin, providing around 15,000 jobs, and occupying 3 million sf of office and industrial space.

With the introduction of a new cutting edge medical district, Austin could see a large influx of life science companies and talent. An increased number of talented life science employees and companies could lead to further innovation in the area, as more companies and educated talent will provide Austin with more research, development and, hence, innovation.

Not only has the private sector taken notice of the talent and innovation that lies within the Austin city limits, but the U.S. Military has just selected Austin for its Futures Command center. The Futures Command center will focus on modernizing the U.S. Army and developing new military technologies. Some of its top priority modernization projects include: improvement of its tactical missile system, combat vehicles and helicopters, and defense teams and weapons.  The new command center is expected to employ up to 500 people.

Austin was selected due to its reputation as “a city of innovation and a community that promotes creativity, entrepreneurship and diversity”, according to U.S. Representative Lloyd Doggett.

Army Colonel Patrick Seiber also commented that, “What we’re looking for is to be in a city that has talent, that is innovative, and that would have access to academia who are leading thinkers”.

The U.S. Army identified six key variables that distinguished Austin from the other cities under consideration:

The eagerness of the U.S. Army to establish a new headquarters in Austin is just another example of Austin’s culture of innovation, collaboration, technical expertise, forward thinking and entrepreneurial spirit.

Read Now: Army Futures Command: What Is It & What Does It Mean for Austin, TX?

From “Keep Austin Weird” to “Silicon Hills,” Austin is a city of many labels. It has been called the “Live Music Capital of the World”, is renowned for its nightlife on 6th and Rainey streets and is known for its beautiful scenery on Lady Bird Lake and the Greenbelt.

But, as the past few years have shown, Austin deserves a new label.

Austin is now not only the Capital City, ATX or Hippie Haven, but should also be known as a hub of innovation and forward thinking. 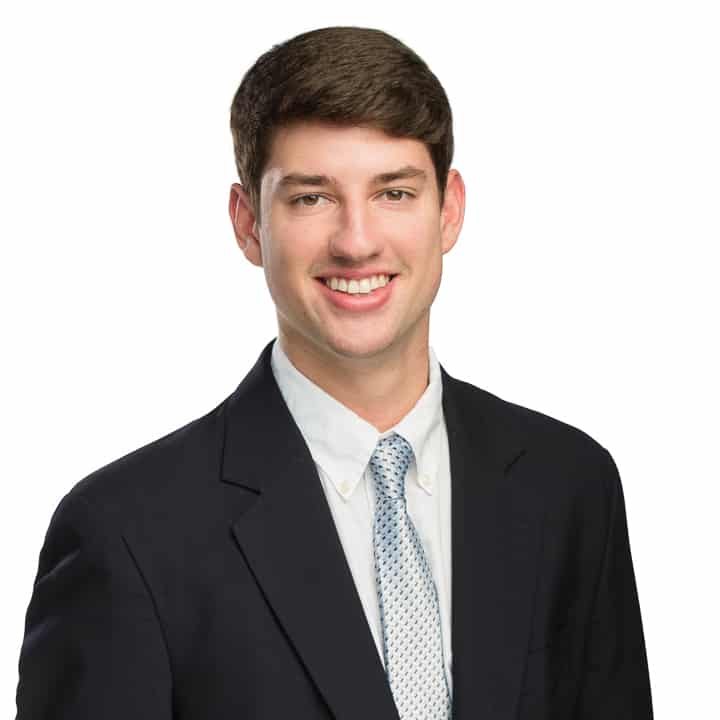 Jackson Sowell was a member of the AQUILA Market Research team in 2018.