Why Austin Is a Great Place for Your Business

This article is updated annually and was last updated in August 2022.

Are you considering moving your business to Austin? Or are you thinking about investing in commercial property in Austin? You may be wondering what makes Austin a better choice than other cities.

In this article, we give you some of the most important facts about Austin in the following sections:

Austin Is One of the Best Places to Live in the U.S.

Austin Is a College Town

Austin has over 20 different colleges and universities in the area, including:

Breakdown of Industries in Austin MSA

Austin Is the State Capital of Texas

Austin Is the Best Tech City in the World

Austin Is a City of Science & Innovation

Austin is a Tourism Magnet

Austin Is the Live Music Capital of the World

Some of Austin’s popular outdoor attractions include:

Still have questions about Austin? Reach out to our tenant representation team to learn more. 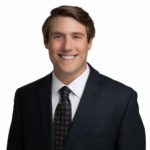 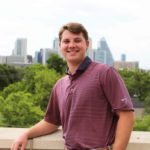 We’ll send you one email a month featuring our most relevant content. You can also manage your subscription preferences.