Your Ultimate Guide to East Austin: Top Things to Do & Best Places to Eat (And Drink)

On the outskirts of downtown, bustling with activity and character, lies the ever-changing neighborhood of East Austin.

This month we sat down for a Q&A with Matt Wilhite for the inside scoop on what to do, where to go and what to eat (and drink).

Q: If you could describe East Austin in one word, what would it be and why?

A: Transforming. As a native Austinite, the main reason my family went to the east side was to deliver Christmas presents to underprivileged children. The eastside has transformed from a traditionally lower socio-economic area where patrons of the bars and restaurants typically lived in the neighborhood; now it is a hip and trendy place where people from not only Austin but visitors from around the country (and world) frequent to experience an “authentic” Austin.

The current and planned development will further transform the area into something that compared to 10 years ago, will be unrecognizable.

Q: Why is East Austin so popular?

A: Because of development obstacles and many developers being somewhat hesitant to kick off projects, it is rather undeveloped with respect to large commercial construction projects. Many restaurants and bars are in refurbished homes, retrofitted warehouses and other non-traditional physical structures giving the east side a unique vibe.

Are you in the know about austin’s eastside office market?

The east side boasts a lower cost of living than downtown, south and west Austin making it more accessible to a broader range of Austinites. It is a stone’s throw from downtown and offers more parking at a significantly lower cost than downtown as well as a robust selection of one of a kind food and beverage options.

The vibe, food and service at Justine’s can’t be beat!

A: Justine’s – it’s actually my go-to spot in all of Austin. It’s authentic – the food, the atmosphere, everything from the textured ceiling to the lighting and the restrooms. The escargot and steak tartar anchor a first-class French cuisine served by a talented staff that takes great pride in their craft. The culinary knowledge and professionalism really compliments the food and drink further enhancing the overall experience. Justine’s outdoor patio is vibrant and lively during the afternoon and evening then transitions into a relaxed romantic vibe great for a late-night dessert or nightcap.

Q: Why is East Austin a growing area for office developments?

A: For many of the same reasons its catching so much buzz in general. The proximity to downtown without the downtown pricing, availability of parking at significantly lower rates, as well as employee access to more affordable housing. All of that combined with the robust restaurant and night life scene creates a quality of life and “cool factor” that cannot be duplicated in other parts of Austin and enables many companies to recruit and retain top talent often more economically that they would be able to elsewhere.

Q: What are some new developments in East Austin?

The Austin Bouldering Project is a fun and active way to spend the afternoon.

Q: What are some things to do in East Austin?

A: I’d suggest grabbing breakfast at Counter Cafe or brunch at Hillside Farmacy, touring Springdale Farms or kayaking east town lake. If they are feeling ambitious, grab a chair for the Franklin Barbecue line. In the early afternoon, I’d tour some of the east side’s breweries (Hops & Grain, Zilker Brewing, Austin Eastciders and Lazarus to name a few) or go bouldering (rock climbing) at The Austin Bouldering Project. I’d suggest an early dinner at Jacoby’s then letting loose at Volstead, The Eastern and The White Horse. A late-night dinner with desert and a nightcap at Justine’s is a great end to the night, before ridesharing home! 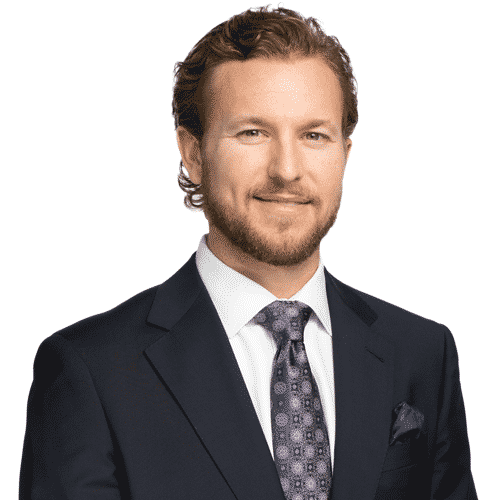 Matt Wilhite, now the Director of Leasing at WeWork, was a principal and member of the tenant representation team at AQUILA from 2013 to 2020. During his time at AQUILA, Matt specialized in office lease transactions and building acquisitions and dispositions.