Why Austin, Texas Is One of the Best Cities for Business

If you have lived in Austin long enough, chances are you have heard the question “why are companies choosing Austin?”

To answer that question, we have taken a hard look to uncover exactly what it is that continues to draw new companies to our city and encourages existing companies to grow their operations here.

In this article, we go into detail on a few of Austin’s most enticing qualities, including:

The City of Austin

“Why are so many people moving here?” You may ask. Well, Austin is simply a great place to live.

Ranked the best place to live in the U.S. in 2019 by U.S. News and World Report, the city of Austin has transformed from a relatively quiet state capital into a bustling city offering opportunities around every corner. Its economy is robust, boasting a 3% unemployment rate versus 4% nationally, which is not surprising considering it was ranked the No. 1 most recession-recovered city in America in 2017.

Read Now: Why Austin, Texas is a Best Place to Live & Work

Much of Austin’s recent notoriety in the business world has arisen from its popularity within the technology sector, with 138,500 jobs (14.1% of all jobs in Austin) concentrated in the technology industry across 6,500 different employers. In 2017, high-tech payrolls totaled $15.6 million, or 26.2% of the Austin metro’s total payroll. Ranked the best tech city in the world in 2017 by Savills, Austin is clearly making a name for itself among technology companies.

And while Austin is generally known as a hub of technology, that does not mean its economy is a one trick pony. Unlike cities in Silicon Valley, where tech companies can occupy as much as 60% of the city’s commercial real estate and employ 40% of the city’s jobs, no one company or industry dominates the Austin economy so significantly. In fact, the city has fostered a broad array of industries, from government to health services, giving it some resilience in the case of a downturn.

Not to be overlooked, Austin is also quickly becoming one of the top cities for startups, ranking second in the nation for startup activity in 2018. Considering there were 105 startups for every 1,000 businesses in Austin in 2017, it is not surprising that venture capital funding has flooded into Austin in recent years. And with roughly 720,000 SF of coworking space throughout the city, there is no shortage of space for these startups to get off the ground.

The Unique Qualities of Austin, Texas

It’s not just the economic qualities of Austin that draw companies to our city; it also has a lot to do with Austinites themselves. According to the Austin Chamber of Commerce, 43% of the region’s population is in peak working years between 18 to 44 years old, compared to 36% nationally, and the Austin metro’s median age of 33.5 years old is four years younger than the national median of 37.5. Ranked the second most  millennial-friendly city in the U.S., Austinites present companies with a field of young and motivated employees willing to tackle the challenges of today’s modern work environments.

Austinites aren’t your average employee either; they are some of the most educated in the nation. Ranked in the top 10 most educated cities in America and the second best city for college graduates, a student population of 422,000 within a 200-mile radius provides one of the country’s strongest talent pools, leaving no shortage of employees to fill the ever-increasing number of jobs in the Austin metro. As for the Austinites in the Austin MSA who have already passed the college years, 42.8% hold a bachelor’s degree, putting Austin well above other Texas cities like Dallas and Houston.

Between its highly qualified workforce and tremendous growth opportunities, it’s hard to find anything not to love about Austin (except maybe the traffic).

So, what else is influencing companies to move to and grow in Austin? Quite simply, Austin is good for business.

Ranked the best place to start a business in 2018, Austin is a business owner’s dream. The city’s favorable business tax structure, along with no state income tax for employees, makes Austin comparatively cheap as far as taxes are concerned. In 2016, Austinites paid an average of $87 per $1,000 of personal income, compared to $99 nationally according to the U.S. Census Bureau’s Annual Survey of State & Local Government Finances.

Initiatives like Opportunity Austin, a program focused on creating jobs for Central Texans, also help provide a solid foundation for businesses to thrive. And being located in Texas, often ranked as one of the best  states for business, doesn’t hurt either.

Austin has been the birthplace of numerous companies, from recent up-and-comers like Tecovas and Yeti to established, recognizable brands like Whole Foods and Dell.

The new Tecovas brick-and-mortar store on South Congress Avenue. Austin has been the birthplace of numerous companies, including recent up-and-comers Tecovas and Yeti. Photo courtesy of Tecovas.

The city has also been able to attract some of the largest companies in the world, with Amazon, Facebook, Apple, IBM and more all having a sizeable office presence. When it comes to business, whether large or small, it’s hard to go wrong by choosing Austin.

As you can see, it’s almost impossible to narrow down a single reason for why companies are choosing Austin. Our city has started to make a name for itself on the world stage, and the amount of growth it has experienced in recent years seems to confirm that we are doing things right.

Besides, our tacos are second to none, so why wouldn’t a company choose us?

To learn more about the state of the Austin office market, download your free copy of AQUILA’s comprehensive, 70+ page Austin Office Market Report. 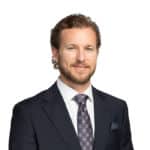