Any casual observer will tell you that Austin is a quickly evolving city that has undergone major changes since the turn of the century. These changes are evident everywhere, from the ever-increasing population to higher levels of education and income.

Knowing these things to be true in general, we became curious as to exactly how Austin has changed over the past 17 years. By digging through the Census Bureau and identifying key demographic indicators, we have analyzed Austin’s changing demographics and uncovered some interesting conclusions.

In this article, we will:

Demographics in the City of Austin

The most obvious change Austin has undergone is population growth. Starting at a population of 656,562 in 2000, the city has grown to 947,890 residents in 2016, an increase of 44%1. Looking at this number, it is no wonder that traffic and parking have become such important topics in Austin today.

Where do people come from?

As it turns out, a considerable portion of this change in population has come from people moving to Austin from other cities within Texas and around the country. From the map above, you can see that most of this movement takes place within Texas2.

One would think that this massive change in population, combined with Austin’s image as a haven for young creatives and tech talent, would have driven the median population age down from 30 where it was in 2000, but that has not been the case. In fact, the median age for an Austinite in 2015 rose to 32 years old3.

Austin continues to grow more educated too, as measured by the percentage of the population over 18 years old with a Bachelor’s degree or higher. In 2000, 40% of Austin’s population in this category had received a Bachelor’s degree, compared with 47% in 20155. While this 7% difference may not seem like much change over 15 years, it is still impressive when you consider the rising cost of higher education over that time period6. Increasing tuition costs, it seems, have not deterred Austinites from seeking higher education.

WANT THIS REPORT AS A PDF?

Want to share this report with a colleague, save to your desktop for later, or print a copy for your records?
We know sometimes digital isn’t always the right format. For that reason, you can download a free PDF copy of this report.

What has this meant for our real estate submarkets?

Starting with population change, the Far Southeast submarket takes the cake with the largest growth between 2000 and 2017 of 227%7. Not surprisingly, populations in the Northwest and Southwest also experienced exceptional growth over this time period due to the increasing number of amenities and higher standard of living in those areas.

Taking a look at median household incomes across submarkets today, it is easy to see where high-income individuals are choosing to call home. The Southwest, with its luxurious homes and Hill Country views, comes out on top with a median income level of $126,839, followed closely by Central and Northwest Austin.

The numbers we have looked at so far give a nice overview, but we felt East Austin in particular deserved a closer look as it has become a more prominent office submarket in recent years. The area east of IH-35 has undergone major changes as population pressures have encouraged development, with some parties being in favor of the new developments and others staunchly opposing the ongoing changes.

Whatever your view, we did find some interesting demographic changes in the East submarket since 2000.

In 2000, East Austin’s median household income was $23,348, and the percentage of the population over 18 with a Bachelor’s degree or higher was only 9%. Considering that those numbers for Austin as a whole at the time were $42,689 and 40% respectively, East Austin was well below the average.

These are some of the most drastic changes across any of the submarkets, and it will be interesting to see how East Austin continues to evolve.

How Austin’s Demographics Compare to Other Major Cities

Of course it would not be fair to say that Austin has undergone major demographic changes without comparing those changes to other cities, so we have done just that. The cities to which we chose to make these comparisons are:

Starting with population change between 2010 and 2015, Austin far exceeded the other cities on a percentage growth basis. LA. and Houston did add more net citizens, but Austin still exceeded Dallas and Atlanta on a per-person basis8.

Even more impressive is that Austin beat all four cities in the median household income category. Not only was Austin’s 2015 median income highest, but in every year since 2010 Austin came out on top.

With so many prominent universities in and around Austin, it is also no surprise that Austin comes out near the top when looking at the percentage of the population over 18 with a Bachelor’s degree or greater.

Looking at these demographic categories, Austin is clearly growing faster and producing a higher paid and educated population than many other cities.

What This Means for Austin

As you can see, the changing demographics of Austin paint an interesting picture of where the city has been, where it is now and where it could go in the future. These demographics influence the lives of Austinites every day, and it is exciting to see that everything points to Austin continuing to be one of the best cities in the country.

To save this information for your records or to share with a colleague, download your free PDF copy of this report today. 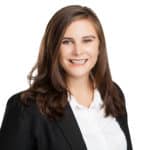